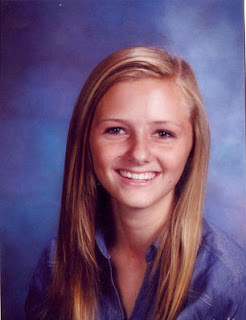 JANIE EGAN, Olympus, girls basketball
Janie Egan has the skills to score a lot of points and grab a lot of spotlight. But the junior point guard has bigger plans for her first-place Titans this season.
"She's probably the most under-recognized player and she's probably one of the most important parts of our team," said Olympus head coach Kael Ashton. "She scored 10 points the other day, and she's capable of scoring that every game, but she just doesn't care. She's happy to get the win and happy to get other people the ball and get the offense going."
Unselfishness, her work ethic and her positive attitude have helped make Egan the team's undeniable leader this season.
"She worked really hard in the offseason getting better," said Ashton of Egan, who also maintains a 3.7 GPA. "She is a great passer in the open court. … She is positive energy. She really wants to be good and she is willing to step up and talk. She's not afraid to stay tough things that need to be said. She is also the first one to pat someone on the back. … She's definitely our floor general."
...
Posted by cristie at 9:00 PM